Without a doubt there is the 'Spirit of Amiga'. But… how do you explain it? What is it made of?

Maybe we'll get closer to an explanation in the next few weeks by sending the thought on the journey and adding a little text. 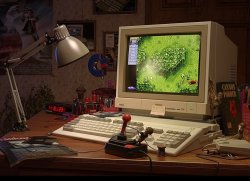 Snippets from the Internet

Especially in the early Amiga products the developers immortalized themselves more or less openly outside the official framework. The so-called Guru meditation was known. This describes the state of a serious program error intercepted by the Amiga operating system. It is comparable to the “Blue Screen Of Death” of Windows NT based systems or to the “Bomb Bus Error” of the Atari ST. In addition to this, by right-clicking the mouse you could call up an internal debugger and look through the Amiga memory via another computer connected to the serial port and find out exactly what caused the error. Even if this error message was later replaced by a sober “Software Failure”, the name remained colloquial. Of course, there are also Easter Eggs that can be retrieved by means of various actions and only with a memory monitor can you find a number of hidden messages in the operating system ROM.

Important components got their own names: Zorro, Big/Fat Agnus, Denise and Paula are some of them. The inside of the Amiga 1000 lid is adorned with developer signatures poured into the plastic and a paw print of Jay Miner's dog Mitchy. Likewise on the board of the Amiga 500 you can find the lettering “B52/ROCK LOBSTER”, which is a homage to a song of the band The B-52's.

The developers also showed humour in the operating system software. If you edited a disk with Diskdoctor and only parts of it could be restored, this disk got the name Lazarus.

This personal touch has been cited by some users as a purchasing argument against the sterile IBM PCs.
http://en.wikipedia.org/wiki/Amiga

But almost everyone who was interested in computers and saw the Amiga in action at that time, felt moved into the future by years and wanted to have one of these computers. At least until the price of about DM 5,000 was mentioned - without a monitor, of course. Measured in terms of purchasing power, this would now amount to well over 4,000 euros. In 1987 I first came into direct contact with a brand-new Amiga 500 in a local computer club and spent hours drawing pictures with Deluxe Paint or playing a role play called “Faery Tale”. In 1988 an Amiga 500 took the place of my C64. But what made the Amiga so special? 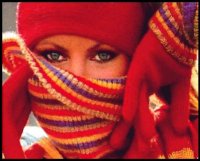 The capabilities of the Amiga 1000 were simply sensational for that time. This includes the “Workbench” user interface, which was displayed in color - something the new Apple Macintosh couldn't do. The hardware supported animated graphics directly in the image memory instead of using the familiar sprites, a feature previously unknown to home computers.

The competition from the IMB-PC, Apple Macintosh and Atari ST didn't master stereo sound on four channels or even multitasking. In addition, the Amiga was expandable by plug-in cards, which were configured automatically. All of these capabilities were maintained even with the cheaper Amiga 500.
http://www.gamestar.de/hardware/pcs/commodore-amiga-500/hall_of_fame_amiga_500,613,3027715,2.html

… who speak for themselves


last but not least